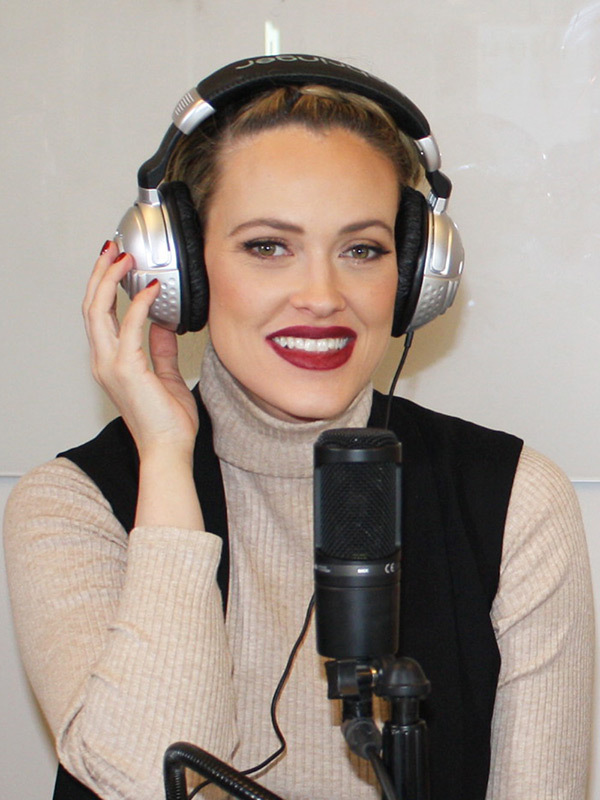 Kathleen Harper
CELEBRITY BABY EDITOR
As if performing a freshly-learned dance every week on national TV wasn’t hard enough, ‘DWTS’ pro Peta Murgatroyd had to do that WHILE she was pregnant this past spring! And sitting down with HollywoodLife.com, Peta revealed just how ‘challenging’ being pregnant while filming the show, and how she was able to keep it a secret for so long! Listen here.

Peta Murgatroyd, 30, not only managed to win season 22 of Dancing With the Stars last May, but she impressively managed to do so while in the first trimester of her very first pregnancy — morning sickness and exhaustion in all! Dishing about the tough parts of being secretly pregnant while filming the show, Peta revealed that not only did she take many impromptu naps, but she also had to run to the bathroom every hour!

“I was pregnant for eight weeks out of the 10 weeks [of filming] — it was really challenging,” Peta revealed to HollywoodLife.com EXCLUSIVELY during our podcast interview with her. “I would walk into the dance studio and have these hot flashes and tell them to open up all the doors and windows because I was sweating.” Peta added that since her pregnancy with fiancé Maksim Chmerkovskiy‘s, 36, was a total accident, she wasn’t prepared to be expecting a child while going through grueling rehearsals and filming sessions.

“It obviously wasn’t the most viable thing to deal with when you’re on the show,” Peta explained. “I was taking toilet breaks literally every hour. The exhaustion of the whole thing was incredible, I would take naps in between dancing rehearsals!” But apparently the blonde beauty did a fantastic job of hiding it because even her dance partner, Nyle DiMarco, 27, had no idea until the semifinals!

Peta herself didn’t even realize that she was pregnant until week three or four of filming the DWTS season. “I thought I was really getting sick or something, and then it hit me and I realized,” she said. But just how did Peta survive an intense season of Dancing? Apparently it was “really challenging” — especially without any caffeine!

“I would take naps, Maks would bring my food, and then I would be nauseous trying not to throw up during Nyle’s dance,” she dished. “My eyes would literally be closing and Nyle would ask if I was ok and if I wanted to lay down.” We can only imagine how tiring it all must have been!